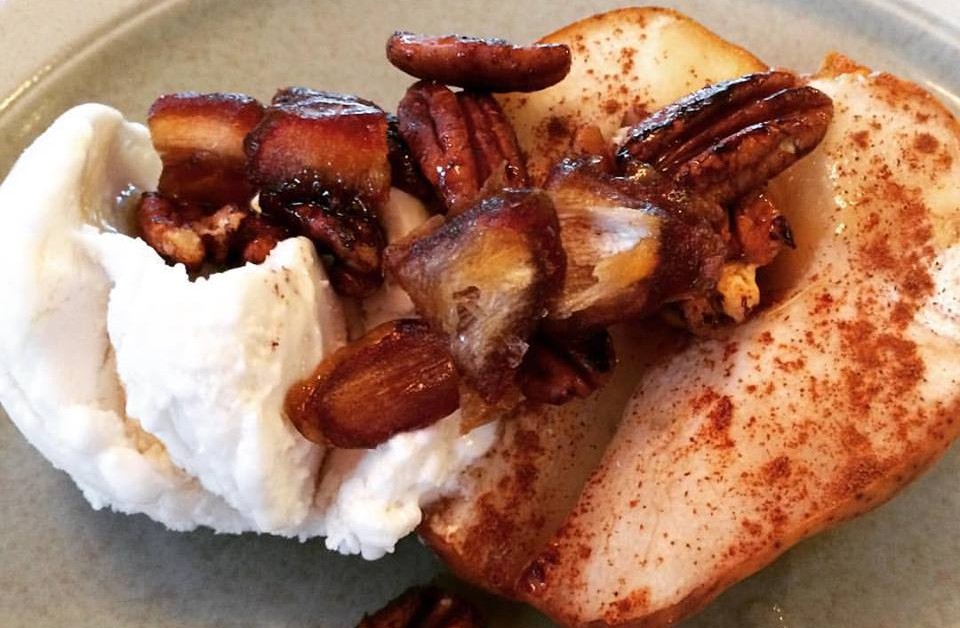 Looking for a yummy dessert that is nourishing for the body (and soul)?

I took 1/2 a roasted pear and served it with cheater candied pecans, chopped dates & coconut “ice cream” then drizzled with maple syrup. The oooohs and aaaahhhs were loud and while it felt decadent it was still super healthy! #winning

To roast the pears cut them in half and scoop out the core & stem. Sprinkle with cinnamon and roast at 350F for about 30 minutes. Make sure your pears are ripe (they won’t roast quite as beautifully if they aren’t ripe).

For cheater healthy candied pecans: roast about 1/4C pecans on low heat in a non stick pan with 1T maple syrup & a sprinkle of cinnamon.

Place the warm roasted pear 1/2 on a plate with a small scoop of ice cream to the side. sprinkle with candied pecans and chopped date then drizzle about 1t of maple syrup over top.